• Keep up to date with the latest surgery news
• Chat to friendly girls who've been through the op
• See pictures of real life patients
• Get advice on implant types, sizes, shapes, placements and more
• Ask our resident BAAPS surgeons
• Get your own boob job diary and calendar events
• Get your countdown ticker to your special day
• Access members-only forums

Use the buttons below to register or log in.

Thanks for visiting and talk you soon!
Breast Buddies
Would you like to react to this message? Create an account in a few clicks or log in to continue.

Evening ladies. Some of you know i have been through hell with the NHS, especially the last 12months. I had my psychologist assessment on the thursday (13th) and was told i am psychologically fit for surgery, so next step is the surgeon on the 25th (10days time).

When i first arrived i seen the plastic surgery nurse, we briefly talked, she look at my boobs to make sure nothing had changed since i last seen her in 2007, to which she said they have got worse since her notes back then. She noted that i was told two implants back then, but this was changed to just one in june last year which she didn't understand. She said she hopes the surgeon i see next listens to me and we can sort something out. Not holding much hope but can only try. Anyway she took my height and weight and then i was taken to see the psychologist.

She asked me why my gp referred me to a psychologist last year, i explained it was for my boobs, my mum and my prem baby. I then had to explain what happened with my mum (having to get her sectioned, her being an alocoholic) and then talk about why i wanted to see psychologist when i was pregnant. So i had to talk about being told at 18wks pregnant how my baby was going to die and i had to plan funeral, how i struggled with the other two kids throughout the pregnancy but how she finally made it to 32wks, and how she is still here. Was hard living that again but i knew i had to be totally honest.

She then asked how my boobs made me feel. Again i was honest. I told her how i dont let my husband or kids see me naked but we do still have sex (bra on). I told her how i feel out of proportion, how i feel stupid getting in a swimming custume and even goign for a bra fitting reduces me to tears. but i also said i dont have a choice about sitting in the house constantly worrying about it as i have the girls to get up for and i need to make a decent life for them.

She then told me that if it wasnt for the girls and the upbringing i have had i wouldn't be strong enought to cope with my breasts how they are and she would also say i wasn't stable enough for surgery at this point. She did say she could clearly see how i was a avery strong women and after communication with my own psychologist she knows i will be fine with surgery. After i got the all clear from her and was told she will make sure the surgeon has the notes for the 25th.
She did say she could tell i was being honest and not putting it on and making it worse than it is.

So thats one step down just the surgeon next x

Brilliant news sarah, hope your meeting with the surgeon goes just as well, and you can start your countdown!
well done for just being yourself and explaining how you feel, it must've been quite hard revealing all that info and emotion to a stranger and staying stong enough to make yourself understood.

Really pleased for you x

Oh Sars, that's fantastic news! I'm so pleased the meeting went well babe! and I never knew about your little one hunni, what an awful time you went through! but it just goes to show miracles do happen don't they... thank goodness you now have your little miracle!

Please feel free to PM any of the BJSF team [You must be registered and logged in to see this link.] with any problems or guidance you may need help with on the forum.

Soo pleased for you....your honesty and determination has paid off for you, I truly hope you get the result you want.....all the best for the next stage babe...keep strong and positive.

Sarah hunni, I didn't know you had been so much heartache. I truly hope everything goes well with your surgeon on the 25th.

I will be honest i could easily have sat there and lied to make it seem 100 times worse than it is but i was worried she would see right through me. I am just glad being honest worked. I am so lucky i have Freyja, every day is a blessing. Made me realise how lucky i am to have all my girls. I just want to be a happy relaxed mummy for them.
Thank you ladies, you really are all lovely xx 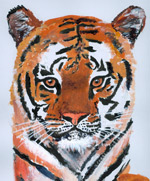 Thank you so much Maria. xxxx

thats fab news i bet you are so excited now
xx

I am sending you so much luck and best wishes now!!!!
Hope all goes well - let us know xxxxx

A big good luck to you chick.
Also, my daughter is called Freya too!! xx

Thank you all ladies.
Mia, its a fab name xxxx

Page 1 of 1
Permissions in this forum:
You cannot reply to topics in this forum
I’m new, where do I begin?
• If you're at the stage where you're researching surgeons and just starting out with consultations then you should begin here: CLICK ME

• If you're ready to start thinking about profiles, BWD, implant sizes, insicions, placements etc then head here: CLICK ME

• If you've chosen your surgeon and booked your date then head here: CLICK ME
Latest topics
» worldwide recall on Allergan BIOCELL implants

» From tuberous to happiness!

» Surgery with Dr Kufa in Prague? Anyone been?

» it is very quiet in here

» Help would be appreciated?